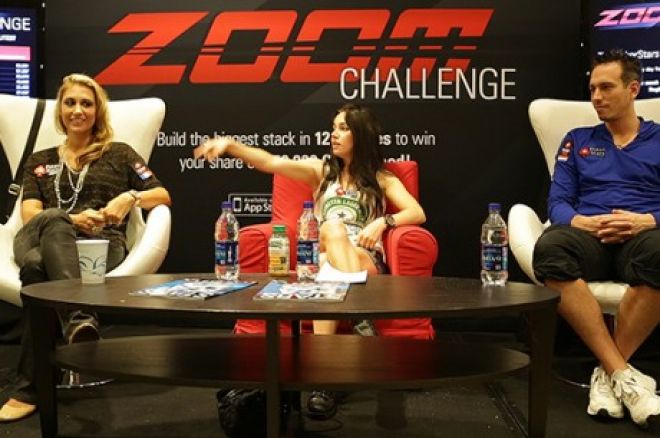 Lee Jones: Tell us about your worst trip. You can either say, in general, the place that you dread going to, or one specific trip you.

Veldhuis: Well, I had one unfortunate trip where I had to go from Amsterdam to Austria, which is normally a two-hour trip. It was during off season though, so I had to have a connection in Frankfurt. I thought this would be no problem. It was for a cash-game show, so I said I would play because I didn't have anything to do and it sounded interesting. I ended up having a 13-hour layover in Frankfurt, and then the flight got canceled because of bad weather. For what's usually a 2-hour trip, I ended up stay in the airport for 18 hours. So, I'm probably never going there again.

Boeree: It's hard to say a least favorite place. I've definitely had a bunch of ones where I just thought, "Oh this place is awful, get me out of here." In terms of hotels, I think the place that takes the biscuit is Sanremo. Actually, kind of a funny story, the first time I went to Sanremo, which incidentally turned out quite well for me... [laughs]

Jones: ...Yes, you won the tournament.

Boeree: Right, so I'm not going to complain too much, but that year I stayed in the cheapest hotel I could find. I wasn't even meant to be going there. The volcano went off so I couldn't fly home. I was with a friend, Liz Lieu who said we should take a bus there. It ended up being three buses and two trains. The trains were on strike, so it took 12 hours to get across 300 miles. So I get there, take a shower, and there are no towels. I call down and ask for some, and they told me they were in the bathroom. I look again, but there are nothing but small hand towels. They were tiny, and there was no softness to them. It was like a head scarf. Apparently that's what they use.

Rousso: [laughs] Actually, the person I was staying with and I shot a video of me jumping out of the shower, but with clothes on just pretending, and I pulled out the little towel. I was just like, "I don't really know what I'm suppose to be doing with this."