A Couple Hands from Table 28

Phil Ivey raised from the button to 38,000 and Lee Nelson defended his big blind with a call to see the

A couple hands later, Ivey opened from under the gun to 38,000. Oliver Speidel called from the cutoff seat and then Nelson three-bet to 150,000 from the button. The blinds folded then Ivey gave it up as well. Speidel also chucked 'em in and Nelson won the pot.

On the next hand, action folded to Patrick Healy in the small blind and he raised to 38,000. Ivey called from the big blind and took a flop of

in position against Healy. On the flop, Healy bet 35,000 and Ivey called.

The turn was the

and both players checked to see the

land on the river. Both players checked again. Healy showed queen high with the

, but Ivey flopped a pair of sevens holding the

and won the pot. 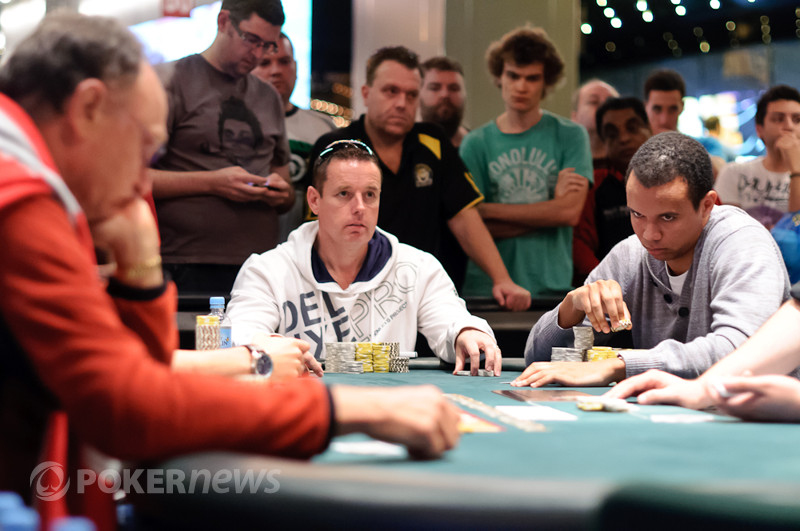