Lee Nelson has just been eliminated after making another amazing run in the Aussie Millions Main Event. Here's the last couple hands he played followed by his elimination hand.

From under the gun, Oliver Speidel raised and Nelson called out of the big blind. The two then checked the

for Speidel and mucked his hand.

On the next hand, Mile Krstanoski raised to 55,000 from the cutoff seat and Nelson moved all in over the top for 495,000 total from the small blind. Krstanoski gave it some thought, but eventually folded his hand.

On his final hand, the third hand in a row of this group, Nelson opened to 55,000 on the button before Speidel three-bet to 145,000 from the small blind. Action got back to Nelson, he took about a minute and then reraised all in for 590,000. Speidel called.

The flop came down

and Nelson didn't find any help. The

on the turn kept Speidel's eights in front and then the

on the river completed the board. Speidel's straight to the eight was best and Nelson was eliminated. He finished in ninth place and earned himself A$125,000. 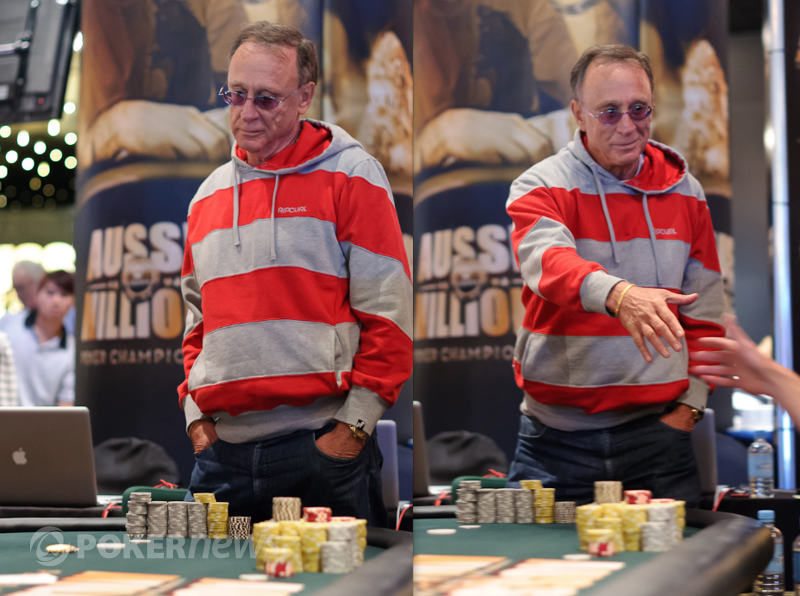