Mervin Chan led out for a bet on a flop of

, Tony Bloom moved all in for what looked like 73,000, and the action folded back to Chan, who called.

The turn was the

, giving Chan a flush, but Bloom could still double with a ten or four on the river.

The river was a repeat eight - the

- however, and Bloom was eliminated.

Prior to busting, Bloom, who won the 2004 Aussie Millions Main Event, was seated next to Tyron Krost. Krost, who won in 2010, is now the only remaining champion. 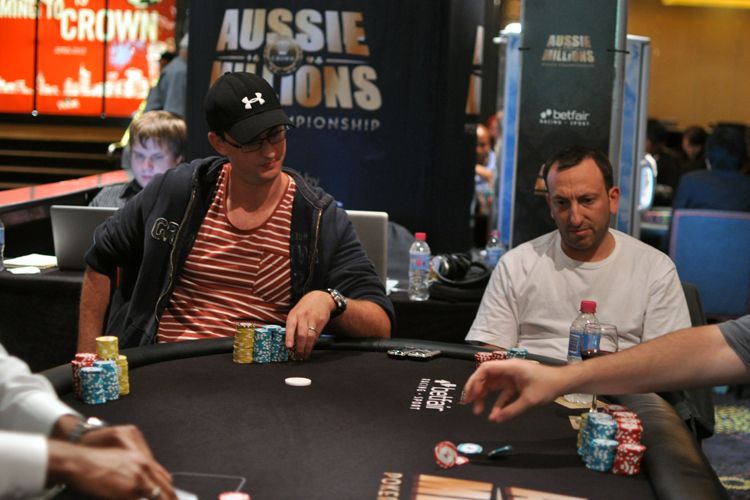